Trap and Replace: Defending Backdoor Attacks by Trapping Them into an Easy-to-Replace Subnetwork

Deep neural networks (DNNs) are vulnerable to backdoor attacks. Previous works have shown it extremely challenging to unlearn the undesired backdoor behavior from the network, since the entire network can be affected by the backdoor samples. In this paper, we propose a brand-new backdoor defense strategy, which makes it much easier to remove the harmful influence of backdoor samples from the model. Our defense strategy, Trap and Replace, consists of two stages. In the first stage, we bait and trap the backdoors in a small and easy-to-replace subnetwork. Specifically, we add an auxiliary image reconstruction head on top of the stem network shared with a light-weighted classification head. The intuition is that the auxiliary image reconstruction task encourages the stem network to keep sufficient low-level visual features that are hard to learn but semantically correct, instead of overfitting to the easy-to-learn but semantically incorrect backdoor correlations. As a result, when trained on backdoored datasets, the backdoors are easily baited towards the unprotected classification head, since it is much more vulnerable than the shared stem, leaving the stem network hardly poisoned. In the second stage, we replace the poisoned light-weighted classification head with an untainted one, by re-training it from scratch only on a small holdout dataset with clean samples, while fixing the stem network. As a result, both the stem and the classification head in the final network are hardly affected by backdoor training samples. We evaluate our method against ten different backdoor attacks. Our method outperforms previous state-of-the-art methods by up to 20.57%, 9.80%, and 13.72% attack success rate and on-average 3.14%, 1.80%, and 1.21% clean classification accuracy on CIFAR10, GTSRB, and ImageNet-12, respectively. Source code and pre-trained models will be released. 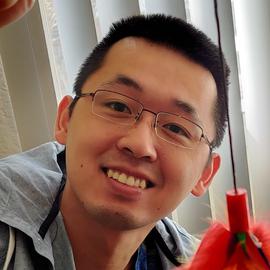